The Camera That Filmed Hollywood
http://www.mitchellcamera.com/forum/

by john f
Hello everyone and thank you for letting me join this site. I am a professional model builder by trade, and while doing research for a diorama this site came up a few times. I am doing a dio of the 11 foot filming model of the Enterprise from the old Star trek tv show. Linwood Dunn of Film Effects of Hollywood did the filming of the model for the first and second seasons of the show. I have some photos of the filing equipment being used and the camera is a Mitchell NC Standard #257. I believe the gearhead it is on is also a Mitchell, as is the gearhead used to mount the 11ft model on. My main question is can anyone here tell what brand of dolly is being used in the photos? If not, does anyone here know of a website dealing with vintage camera equipment would be greatly appreciated. Thanks for putting up with my ignorance! 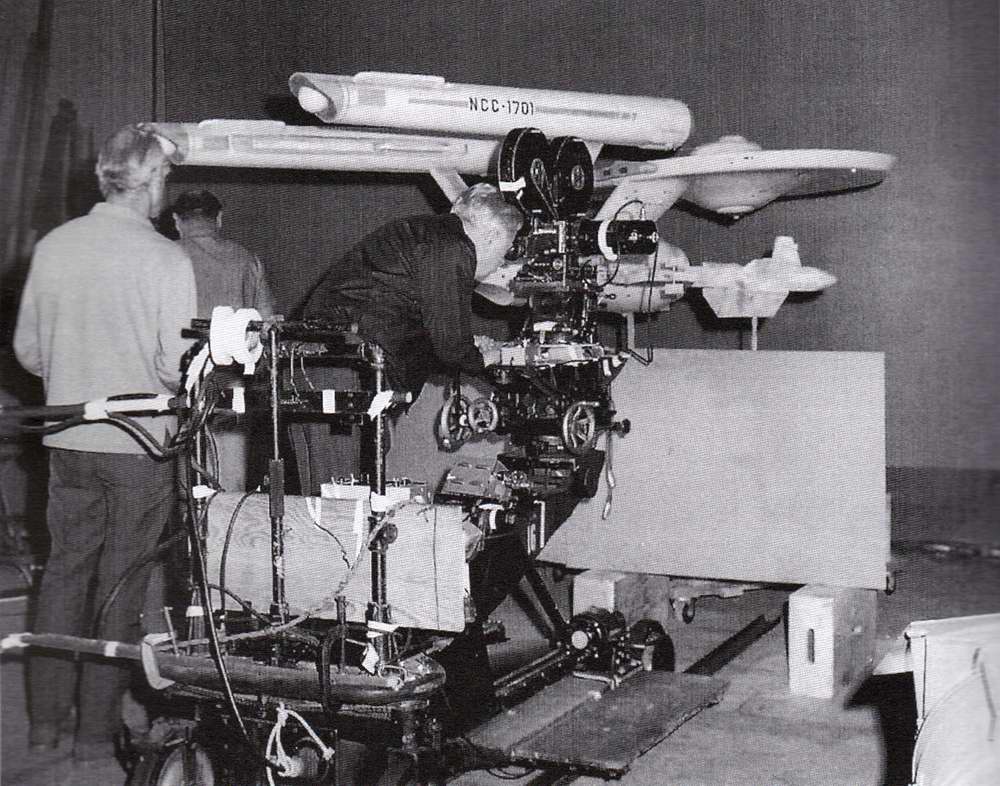 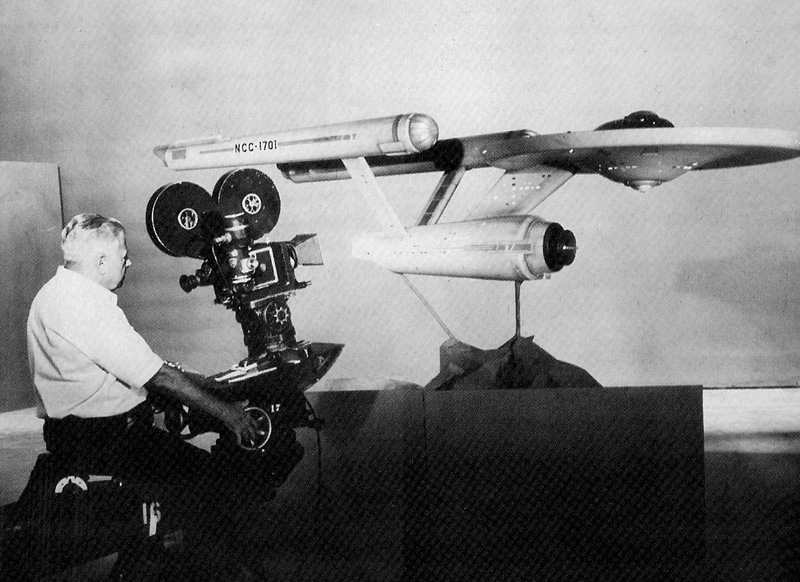 by mediaed
Sorry for the delay. Busy with studio project. I have a better picture similar to your second shot but it looks like a setup shot since the camera is not plugged in. The in that shot camera is obviously not an NC as the motor is at the back of the camera. An NC is distinguished by the motor being near the front of the camera.The dolly us a really old (1930's) Houston Fearless panoram dolly. There are two heads mounting the camera: the bottom appears to be an old Moy gear head because it has a righthand pan wheel. Then, between the camera and the gearhead is an original Mitchell head.
Dan Owens, an old Paramount Tech guy, explains that setup as being a way to make if comfortable to shoot rather than for any special purpose. The whole thing as he explains was very low budget and it certainly looks like they just grabbed anything laying around to do the shoot. Years later, Dan asked Lin about the fact that the spacecraft wobbled in some shots, Lin got very quiet until Dan said that everybody knew that was because the impulse engines fired alternately...Lin laughed.
Another interesting factiod you may already know is the original design did not have the NCC number on the side. Told it looked too plain, Lin had the address of his new home in Burbank on Evergreen street added to the side.

by john f
Thank you Sir, this helps tremendously with my project. I thought the one gearhead was a Moy but was not sure. Yes I’ve heard story about the registration number amongst other accounts as to its origin. Here is a shot of the gearhead mounting for the model…Also a Moy? 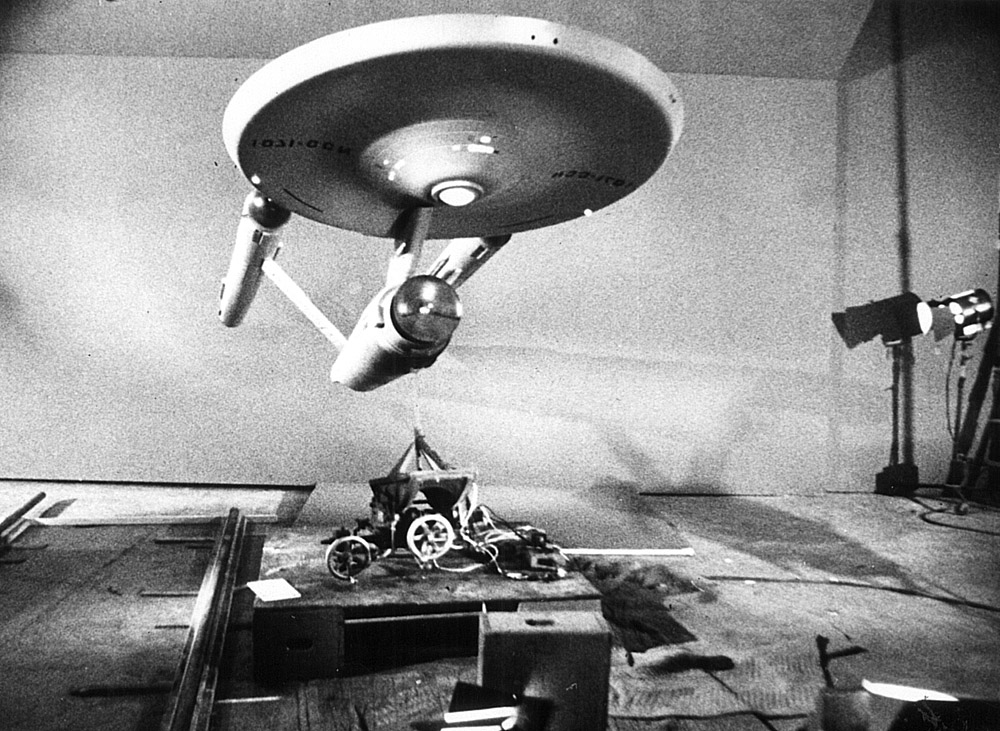 by mediaed
Really grainy shot. Hard to tell except for the flipped left gear wheel and the obvious cables suggest a partially motorised gear head. Oldest inventory was always fodder for modifications. Would bet that gearhead is an old Mole-Richardson. Again, this was all poverty city. Everybody thought this would be a one season thing. No reason to thing beyond the junk pile. Roddenberry commented once the prop department stole the handles from his bicycle for something. Plants were flipped upside down for alien vegetation. The green dancing girl kept showing up in work prints color corrected while the background turned purple.

by marop
My thoughts are that is a Moy geared head. I’m basing this on the style of hand crank wheels and the 3 “ribs” extending out on the side of the head below the camera platform.

Here is a shot if a Mole-Richardson. Note the three ribs.
All times are UTC-07:00
Page 1 of 1
Powered by phpBB® Forum Software © phpBB Limited
https://www.phpbb.com/